THE BLIND MAN AND THE THIEF
An Ethiopian Folktale Translated from Italian by Joshua Farley
Once upon a time, there was a very rich blind man who owned many gold coins. In the nighttime, he was unable to sleep because he was afraid of a thief that lived just around the corner. This thief had the habit of stealing plump, beautiful sheep and goats that belonged to the village’s inhabitants, and this made the blind man fear more and more for his gold. One day, this blind man took his entire fortune into the forest, dug a pit, and buried it all there. Unfortunately, the thief was in the vicinity and, thus, saw everything that the blind man was doing. The wealthy man had just distanced himself when the thief took the gold and carried it home. A couple weeks later, the blind man returned to the forest to check on his treasure but found nothing more than an empty hole. It didn’t take him long to conclude that it was the thief who stole his gold and he began to think of how he could go about getting it back. The following morning, he made a visit to the thief’s house and, after exchanging pleasantries with him, said, “listen, my dear sir, I have a huge problem and I don’t have anyone to share my concerns with. I’ve considered all my neighbors and haven’t found a single one that inspires as much trust in me as you. Look, I own a lot of gold and my concern is this: If I put all my gold in one place, I could lose it all in a single swipe at the hands of some troublemaker, you know? But also, if I keep it on my person I could get mugged, you know? On the other hand, I’m also thinking that I could give my gold to someone honest who would hold on to it for me. Oh, my kind sir, what do you think of my problem? And which solution would you suggest to me?” The thief responded, “sir, listen to me very carefully. If you have decided to ask me for advice, then that means you trust me, so listen to what I have to tell you. Do not give your property to anyone because nobody is honest and worthy of trust in this day and age. Don’t even put your gold in several different places among them. Put all your wealth in a single location where it is easy for you to check when you wish to do so, or to add more gold when you come across some.” “Oh, thank you so much! I just hope that you are a true friend and will keep my secret. Sir, I beg of you to keep an eye open for me in the future. Thank you!” And having said this, he thanked him and went on his way back home. Later that day, the blind man made a visit to an old friend’s house and said, “my friend, as you know I am blind and therefore cannot see a thing that happens around me. So I kindly ask you to gather as many venomous snakes as you can and place them a single box.” “Venomous snakes?” “Indeed! Very venomous snakes! What is the reward for this service, you ask? I will give you a kilo of my gold!” The friend was quite pleased to make himself useful and captured a good number of venomous snakes. That same evening, he sent them to his blind friend in a closed box. In the meantime, the thief was on cloud nine. He took care to put the stolen gold back in its place so he could take it again later when more gold was added which, as he knew, or imagined, or hoped, the blind man would hide in the same spot. And so, without letting himself be seen by anyone, which was his specialty seeing how he was a thief after all, he went into the forest and put the gold right back in the same place. In the dead of the night, the blind man headed off into the forest to see if the thief had returned the stolen goods and discovered that not even a gram of his gold was missing. He discreetly took it back and, in the hole that had by that point been dug up time and again, he swapped it with the box full of venomous snakes which he covered with dirt and soil. Then, he walked home slowly. The following night, the thief went into the forest and dug up the loose soil. He discovered an extremely heavy box which he positively believed to be full of gold. He was very happy and became convinced that, from that point on, he would be rich forever. He opened the box and, alas, the snakes sprung out of their prison! They bit him rapidly and he died right there on the spot, almost without even saying “ah!” It was in this way that the blind man had outsmarted the thief because blind people have three eyes: two are cordial and friendly, the third is evil. 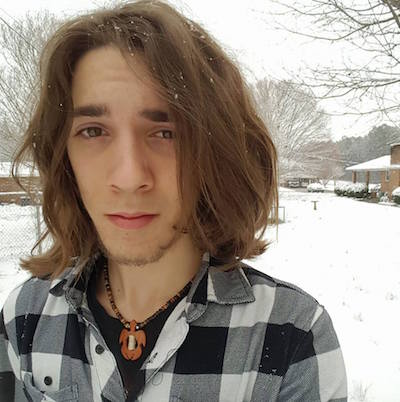